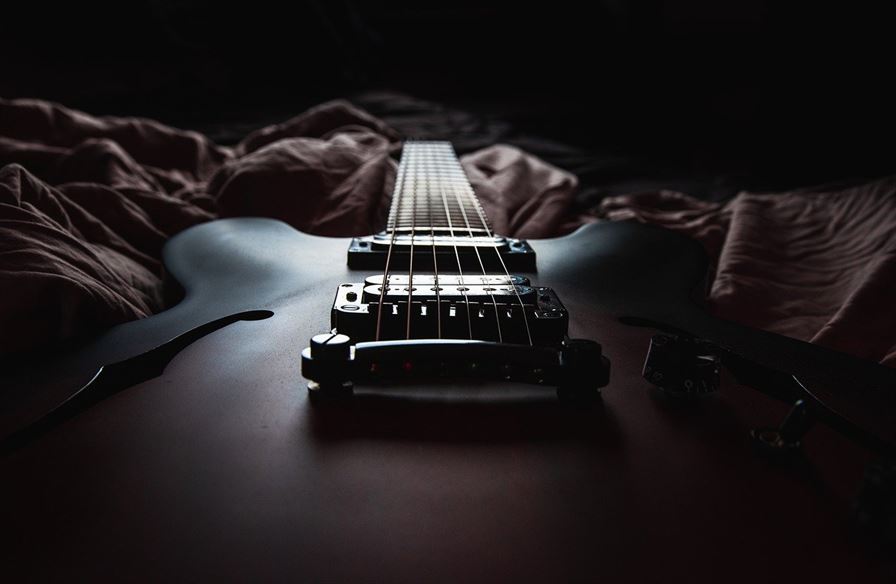 ​Left-handed guitar players? More likely than you think! With approximately 10 to 15% of the population being left-handed, it comes as no surprise that several popular guitarists were and are left-handed. Probably the most famous one to name is Jimi Hendrix, who went down in history as one if not the most famous guitarist of all time – and being left-handed! Now if you are a newbie looking to pluck a few strings and make some music, then we are here to walk you through our favorite guitars made especially for our south paws. Before we’re good to go, here are a few things to note that’ll narrow down the selection process tremendously.


A suggestion that most left-handed players will give you is to actually pay a visit to a physical store. Go in and ask the salesperson for assistance, pick an electric guitar, place it in position and strum a few notes with both your hands. This will help you fixate on your dominant hand, which is the first step in the overall process.

Another tip is to visit a music coaching/training center to do the same thing. The tutors there will have better idea on what you are looking for and can help guide you in the right direction.

It is always good to remember that playing the guitar is an activity meant for both the hands. When starting out, the fretting hand (non-dominant) requires more strength and co-ordination than the picking hand (active, dominant hand).

With time and practice, you’d be able to alternate between both left and right-handed guitars. Need examples? Paul Simons and Glen Frey are two exceptional left-handed players who could alternate between their fretting and picking hand.
That being said, lets look at our top 3 picks for best electric guitars of 2020.

Yamaha needs no introduction, a very common household brand, one of the premier musical instrument manufacturers in the world. This double cutaway electric guitar is designed with the south paws in mind.

The exterior finishing of this guitar is spectacular, with a maple wood neck and body is a range of eye- catching colors like satin yellow, lake blue and a vibrant metallic red. The design gives an overall vintage look to the guitar, extremely in sync with the design aspect of today.

The solid alder body is sturdy and resistance to paint chipping and dents. The Yamaha beats outs other brands at the same price point. The steel strings do not regular tuning after the initial set up and are pliable yet tough.

It features a humbucker pickup in bridge with 2 single coils in addition to some of its best features; the fret board is quite playable, the pickups are great, the overall feel, fit and finish of the guitar far outshines its purchase price. The humbucker bridge pickups sound nice and clean.

If you a beginner, or simply a hobbyist, this is the guitar for you- simple, easy and no fuss, with a ton of additional features that you can put to the use. Left-handers are going to be exceptionally impressed with the functioning of this instrument.

This maple fingerboard electric guitar comes in an attractive range of colors like a two-toned sunburst, butterscotch blonde, and a standard-no-nonsense black. The saddle vintage is a classic shape and is comfortable for use by left-handed guitarists.

comfortable "C"-shaped neck profile of this instrument is sculpted to impart a vintage-style playing feel. The most prevalent neck profile shape, it is remarkably comfortable and is ideal for all playing styles.

The three-way pickup switch selects between bridge pickup alone, both pickups at once and neck pickup alone for a variety of tones that can work with any style of music. The two single-coil pickups offer a great range of tones. String spacing at the upper neck of the guitar has a dramatic effect on fretting effort and overall playability.

As for finishing, the guitar is made of top-notch Alder wood, the joints of which are seamless and tough. It is very resonant; you can tell because has a nice resonant sound when played unplugged. They have a thin but very glossy polyurethane sealant that prevents moisture damage.

The pick-ups on this guitar are designed for the distinctive Telecaster sound. With a good effect’s amp, they will take you as high as your skill level goes.

The vibration characteristics of a metal string will not differ appreciably from one solid body guitar to the another. The metal string vibration within the magnetic field of the pickup and subsequent induction of voltage in the coil windings of the pickup will not be affected by the type of wood or other nonferrous components of the guitar. The bridge pick-up on the Telecaster is surrounded by metal and that absolutely impacts the magnetic field and induced currents in the windings creating that "Tele sound"

The Ibanez guitar is sleek looking, with a very modern design. First, the body appears to be one solid piece of poplar, seamless and fluid. The neck is one piece of maple with a maple fretboard, which adds to the overall sleekness of the guitar.

The fretboard appears to have about a 12" radius, fairly flat and set up for shredding. The frets edges are smooth and the fit and finish are excellent, for this price point.

The electronics are pretty good; the tone pot works well, compared to other electric guitars. All controls are smooth and responsive. It was intonated and set up right out of the box.

Pro tip: The pickups are pretty good, although the flimsy fabric will wear away, but this can easily be remedied at home by removing the wrap and sealing with liquid electrical tape.

This is a great guitar for left-handed beginners and people looking to pick up a new hobby in their free time.

This Vintage left-handed guitar comes in a sleek black color, designed to offer the tone, feel, looks, and quality that professional musicians need, while still being affordable. This is currently a popular option on the market for both its looks and its playback quality.

The black on the body is offsetted by gold hardware on the neck and headstock, adding to the vintage look and feel of the instrument. The fit and finish is excellent this thing looks amazing. Love the satin finish as it’s super-fast on the back of the neck and resists smudges on the body. It has a perfect weight to it and is nicely balanced.

The pickups are good and after tuning the instrument, it came reasonably set up out of the box. Frets are straight, no dead notes. The emg pickups are great for long sustains, punchy palm muting, and shrieking pinch harmonics. Shredding up and down the neck feels so natural and easy and the playability is exceptional.

This is a great guitar at an affordable price point. Hands down this is probably one of the best modernized, metallized LP kind of copies you can get on the market today.

We have researched thousands of products for left-handed people.